According to Psych: Why You Can’t Get Off Your Phone While Driving

Smartphones have become so common in people’s lives that any activity almost always comes with a gadget in hand, from cooking, jogging, even waiting in lines to shopping and sometimes, doing a number two. Gross, yes, but understandable. It’s all good and fun until smartphone use comes with driving. Distracted driving is one of the leading causes of car crashes. Fatal accidents. But despite knowing this, a lot of people, perhaps including you, still use phones whenever their hands are on the wheels. Why is it so hard for people to keep their eyes and fingers off the screens? As it turns out, it’s not just due to boredom. Here are other reasons, according to psychology:

You think of the immediate benefits.

You know that feeling when you just couldn’t help but reply to a text, post a sarcastic comment, or shuffle through your music library to play a song even though you’re driving? Even at the possibility of car accidents? That’s the ‘present bias’ in action. This cognitive tendency over-values the payoffs at the present moment, instead of in the future. You answer an email now, while driving, even though you can do it later for the simple reason of immediate gratification. Your mind doesn’t like the idea of delaying rewards, so you pay little attention to how to prevent accidents. It’s not easy to overcome this tendency because it’s sort of a muscle reflex, but being aware of your inclination towards immediate gratification will hopefully help you take a pause when you reach for your phone to release that urge to post a #carfie.

You may be overly confident.

A lot of people think of themselves as safe, responsible drivers, when compared to others. More often than not, though, that perception is a misleading evaluation of real-life attitudes and abilities. Psychologists call this the overconfidence bias. The danger here is that because you misjudge yourself, believing that you’re a cautious driver, you won’t pay attention to warnings and red flags, like for instance, the glaring, repetitive news bulletins about the dangers of distracted driving. Sadly, overconfidence often gets tamed only when the worst already happens. Sometimes, it disappears altogether to the point that the person doesn’t want to get on the road anymore. If ever you did get into a car crash, work with medical practitioners in restoring your health and confidence. A car accident chiropractor, a Lehi-based specialist, strongly recommends seeing doctors even if the collision is just minor. You might have gotten injuries that aren’t readily obvious but are serious.

You think accidents won’t happen to you. 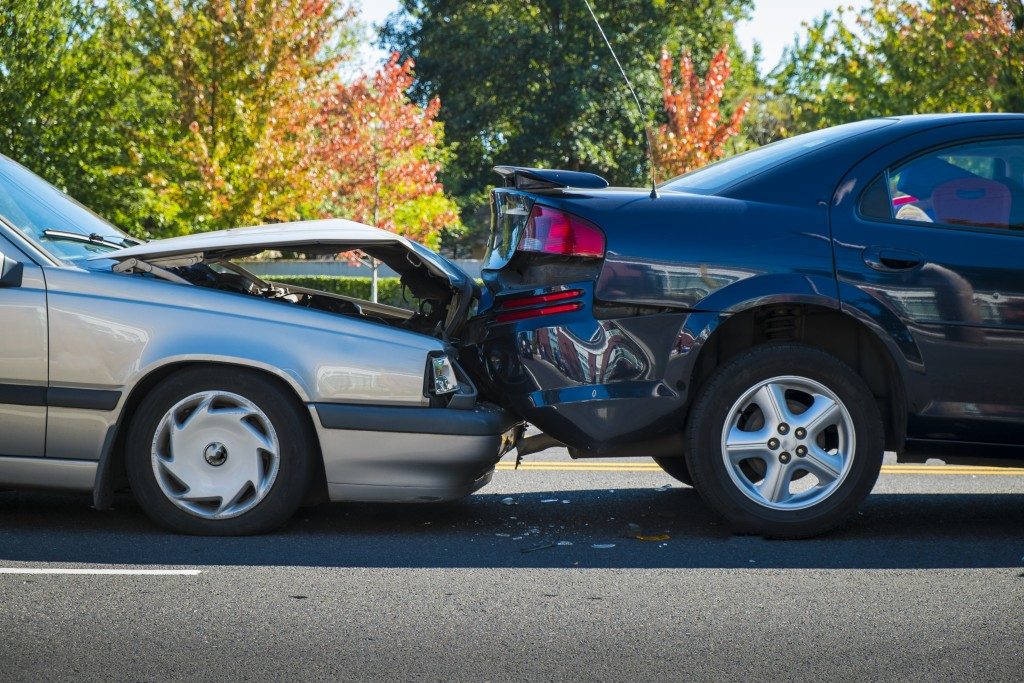 For the past months, you managed to drive yourself and arrive in one piece at your destination, even when you were texting and emailing along the way. As a result, you think that it won’t happen to you in the future. You neglect the fact that there was an incident years back when you, a loved one, or a friend, had a near brush with death because of driving distractedly. This is called the recency bias or the tendency to forecast a future based on what has happened lately. The truth though is that, even given the smooth-sailing recent events, they’re not a guarantee that you’re safe in the future. The one thing that will keep you safe? Stop reaching for your phone, so you can keep your eyes on the road.

Hands Off Your Phone

It’s not just to relieve the boredom and monotony in the car that’s making people glued to their phones while driving. It has a lot to do with how your psyche messes you up. Beware of these biases the next time you’re behind the wheels.