Cornhole 101: A Backyard Game Your Kids Will Love

Looking for a new backyard activity for the kids? Try introducing them to cornhole, a physical, arcade-esque game that involves shooting 16-ounce beanbags through cut holes on wooden boards from a certain distance.

The best part of the game: you just need two cardboard boxes and eight small beanbags. You can follow these easy step-by-step guides in making your own making your boards and beanbags.

For the eight bags, the only important rule to note is to split them into two groups of four, with each group having their color. For the boards, as long as the holes are big enough for the bags to pass through, they’re good to go. Make your boards more colorful and enticing to throw at by sticking vinyl wraps to your cornhole boards.

How to Play Cornhole 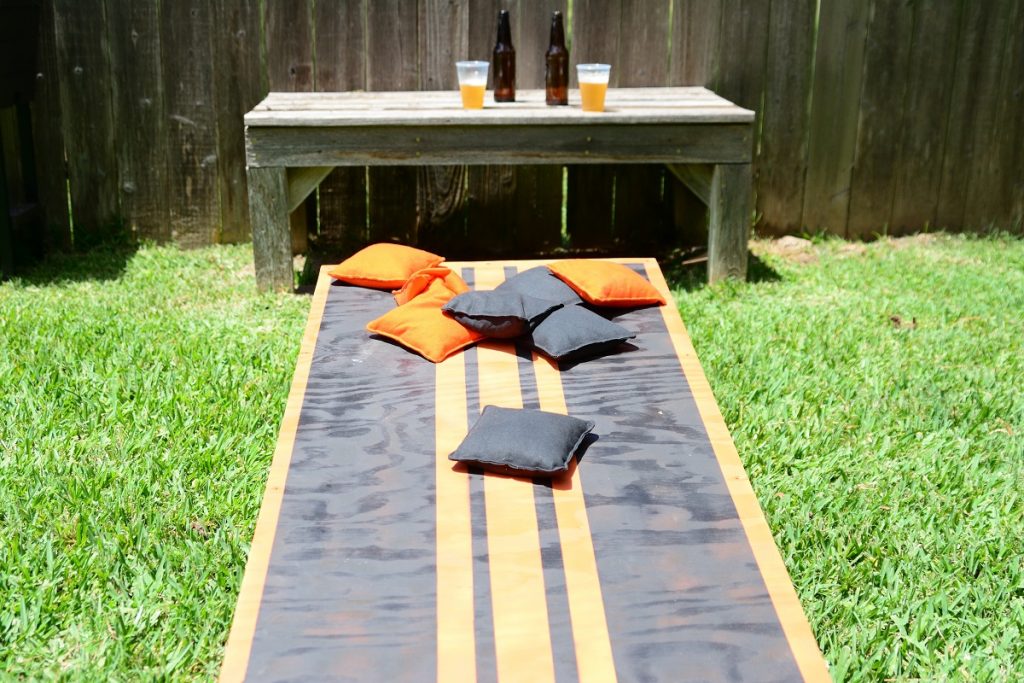 Great! You can now teach your kids basics of cornhole. Try to add cornhole to your kids’ playtime activities and see if they like it. After all, this game has an easy to understand rules and only requires basic motor movements like throwing lightweight bean bags. Not only that, this game’s scoring mechanics will also help them with their math skills.

You may have already played this game (or at least versions of it) in arcades or parties before. But this seemingly easy sack-tossing activity traces its roots as far as the 14th century in Germany, according to unofficial history. It wasn’t until in the 1800s when the game made its way to the United States, proving popular in Cincinnati, Illinois and Kentucky.

Cornhole is an easy-to-play toss game that’s been entertaining kids and adults alike for centuries. But an outdoor game like this isn’t just for leisure; playing outdoors helps your kids improve physical health, develop positive behavioral skills, and increase their attention spans. So why not turn a bunch of spare boxes and discarded bags into a backyard activity which your children will definitely enjoy?