Are Men Good at Financial Management?

When it comes to salary, men unquestionably outearn women. It’s a sad reality, one that doesn’t fit in today’s times. However, men are still the traditional breadwinners, which could be why companies keep paying them more than women. Their bigger paychecks don’t always result in more finances, though. Some men can be undisciplined about their money, putting themselves into debt.

But typical men aren’t vocal about their financial issues—even the married ones. A poll by Aspiration found that only 52% of men share their salaries with their significant others. According to Andrei Cherny, co-founder and CEO of Aspiration, a hesitancy to share how much you make can hinder couples’ healthy financial growth.

True enough, financial problems are among the leading causes of divorce. Money troubles add stress and tension to a relationship, especially if one of the partners is dishonest. Hence, if you tend to be secretive about your financial problems, try to outgrow that trait. If you are married or single, you should be more open about your money struggles because it can help other men like you.

Of course, you don’t have to publicize your problems. But at least, practice honesty when someone close to you expresses concerns. You won’t get the help you need if nobody knows about your financial problems.

How Men Spend vs. Women

There were some concerning differences between single men and single women’s specific entertainment expenses. The survey found that for their pets, single men only spent $206. Single women, on the other hand, spent $488. Of course, it didn’t necessarily indicate that men neglected their pets. However, it was clear that men prioritized spending for tech-based entertainment more.

The differences were noticeable in single men’s and single women’s cost-consciousness as well. The survey showed that single women took advantage of discounts, outlet store prices, daily deals, and coupons. Men, on the contrary, hardly did the same.

On the bright side, men showed greater interest in investing and knew more about it, too. However, they were riskier than women and were less likely to think for the long term. Men viewed investing as a competition, focusing on their portfolio’s performances. Women, in comparison, considered their long-term goals and the future of their families while investing. As such, men tended to be more impulsive investors. This resulted in women earning slightly better returns.

What Happens if You Go Bankrupt? 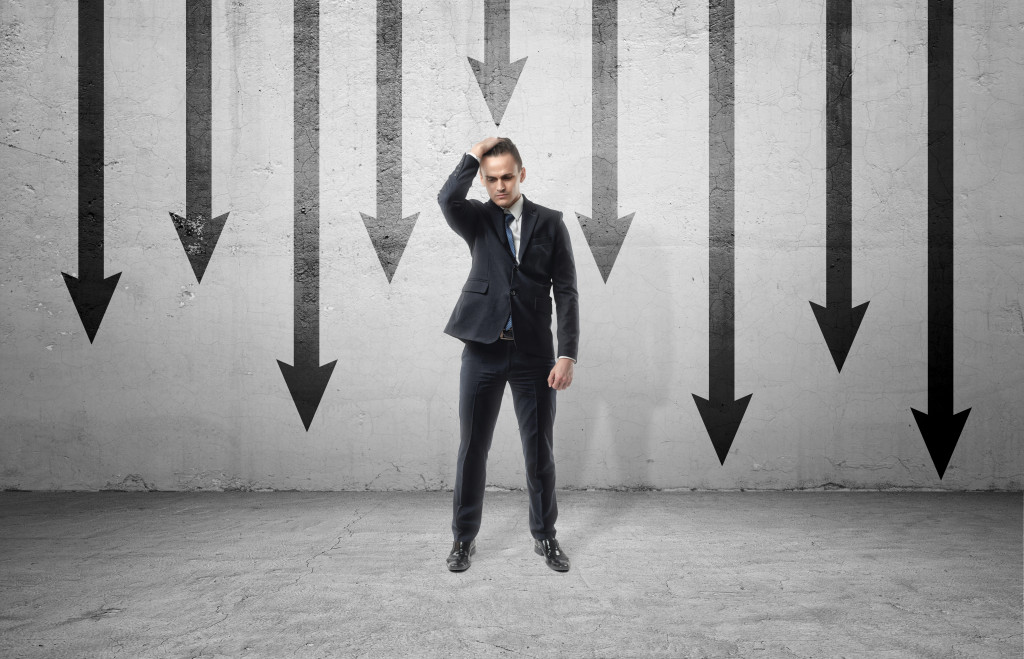 Society has pressured men to maintain a strong front all the time. If you also hesitate to open up about your problems, don’t mistake your acts as “manning up.” Refusing to seek help would only lead to a series of troubles. You’d delay your monthly payments. Then collectors would come after you and possibly even threaten you. If you spiraled into bankruptcy, your debt collectors might exploit your situation to harass you even more.

So seek help once you find yourself struggling to pay your bills on time. An experienced collections attorney will save you from aggressive collectors. They can help you create a repayment plan that fits your situation and help you move on afterward.

Remember, just because your sex earns more doesn’t mean you’re invincible to financial troubles. While it’s good to be confident about money and be eager to invest, it’s unhealthy to keep your financial-related anxiety and stress to yourself. Reach out for help when you need it, be it from your spouse, friends, or family. It won’t make you any less of a man.

Besides, you can maintain your relationships better when you hide nothing. Your money or financial problems don’t define you. Everyone who makes money goes through a rough patch, so you are never alone.