How Do Men Handle Their Emotions?

Men do feel myriad emotions and sentiments, just like women. But they oppress them very well since they are best at hiding. Some men channelize their sentiments. You will find them transforming their feelings into artistic endeavors or something harmful. Many women believe that men lack emotions without studying the underlying traits. However, such women cannot be farthest away from the truth.

Men are brought up in a manner dissimilar to women. Furthermore, their parents teach them that men don’t cry and ask them to hide their emotions from a young age. So, you will not find any overt display as such. Read about the emotional patterns of men here. This will help you understand their turmoil and challenges. Also, you will explore their sensitive site, and maybe you’ll start appreciating them. You may also solve your issues with them after understanding their emotions.

Men, just like women, feel various emotions like vulnerability, pain, sadness, and such. However, they are pretty adept at converting those feelings into anger or a display of pride. These seem to be more acceptable in society. Men often feel more responsible due to an occurrence around the family sphere. Hence, they do not understand how to react. Most men will take a wrong approach to guard their family and dear ones, with a show of protectiveness often represented as anger. Take the instance of fathers being protective of daughters.

When a man feels that his daughter has been hurt, especially by a male friend, he tales on an angry demeanor. Father or brothers, too, in such a case, may pose a physical threat to their male friends as well. The emotions that drive him can be best described as pain which translates into hatred for the male friend.

On the contrary, others transform their sentiments into something purposeful or productive. They may indulge themselves in gym activities, some hobby like photography, clock in more working hours, spend alone time in nature, make visits to the orphanage, paint, and so on.

While anorexia and bulimia are a female-centric genre, most men also suffer the same. When faced with emotional issues, they may go out of control with their food patterns. Dissatisfied men can be seen piling up calories or staying hungry without any afterthought. Disruptive emotional patterns, low self-esteem, trauma, pain, or anything else often take the form of over or under indulgence in food. 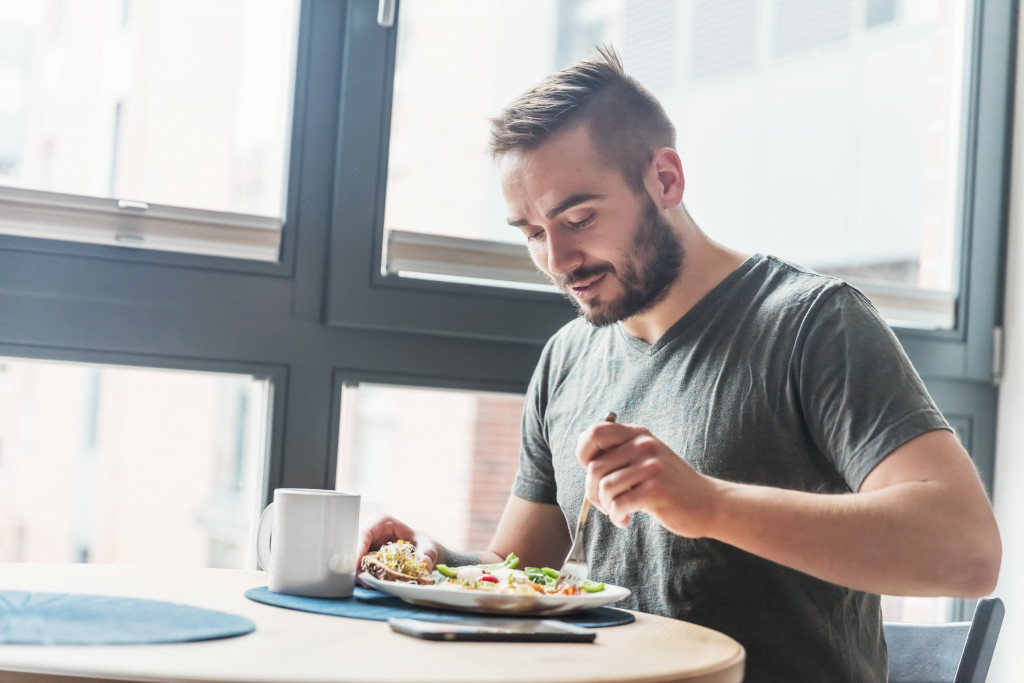 You will find various behavioral patterns like hiding food, hoarding food, and eating regardless of hunger pangs, starving themselves to death as tell-tale signs. Such men then cannot revive themselves and hence seek professional help. Depending on the condition, counselors suggest the treatment. Like in the case of over-calorie consumption, they often suggest a binge eating disorder treatment plan.

Men display their emotions through physical pains such as a headache or backache. Some men feel pains and aches only during vacations. At other times, they seem to be perfectly fine. They are preoccupied with work at different times and tend to cut off their emotions. They consider it as a macho sign, to hide feelings.

Now we come to the part when men burst out. Most men keep their feelings hidden. They often develop emotions but are unable to channelize them. However, under intoxication, you will find them bursting out. It is harmful to all who stay with these men. And the outbursts are seriously devastating.

They can bring the whole house down with their sudden and angry eruptions that were cleverly kept undercover. When they are out in the open, the world sees and hears it aloud. However, sometimes their outbursts are harmless. Like they may suddenly open up and cry their eyes out. They start sharing things even with strangers.

Men take a longer time than women to come forward with their emotions. This trait is because they need time to figure them out themselves. They can recognize less complicated ones quite easily. So, that is something to watch out for. If you have a male in the house, who reacts in this manner, you can be sure that something is going on in their minds. If it comes out quickly, it may be minor. For major ones, you might have to wait for a while.

These are a few of the ways men tend to handle their emotions. Additionally, men need more encouragement from their support systems to come out with emotional shows. They are great at hiding emotions, due to which it can be excruciating inside. If you know what men’s pangs are, you can help them overcome them easily.